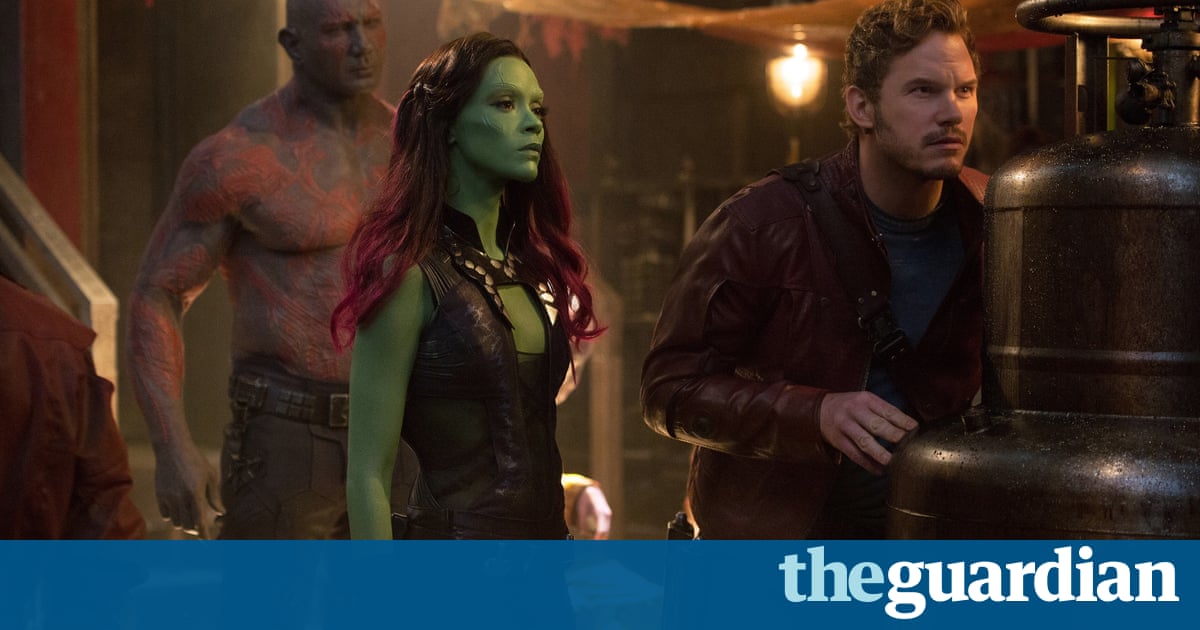 Marvels Guardians of the Galaxy are back in a teaser trailer.

The studio on Wednesday debuted the first trailer for Guardians of the Galaxy Vol 2, James Gunns forthcoming sequel to his blockbuster that was the highest grossing film in the US in 2014.

The teaser recaptures the spirit of the original by recycling Blue Swedes song Hooked on a Feeling, which made an appearance in the trailer for the first film. After showcasing some interplanetary action, it closes on a funny exchange between former WWE wrestler Dave Bautista, who plays warrior Drax and Chris Pratts cocky adventurer Peter Quill.

Moments before the trailer arrived online, Gunn tweeted a new poster for the film:

Guardians of the Guardians Vol 2 is said to center on family, with the gang embarking on quest to uncover the mystery behind Quills parentage. Marvel teases that new allies and fan-favorite characters from the classic comics will make an appearance.