Why The Joker’s Last Name Is Wayne: A Convincing Fan Theory

The Joker is Batman’s brother.

Take it in for a second. Don’t shit your pants. Okay, let’s begin.

It was subtly hinted at in Christopher Nolan’s The Dark Knight: 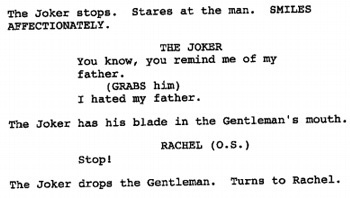 If you haven’t seen The Dark Knight, jeez. I am so, so sorry. But for those of you that saw the poster for the film and decided to go see Hancock instead, this was the one time in the The Dark Knight where the Joker was caught off-guard, talking about his past. Sure, he had multiple made-up explanations for his scars, but this time it was different. He had a legitimate lost-in-thought flashback to his actual father.

So for now, Doctor Thomas Wayne is our number-one suspect. And if you think that this is a leap, remember that every Batman film since Tim Burton’s first has had an “Oh, shit. YOU’RE HIM” revelation moment. Every. Single. One. (That matters.)

Here, if you found The Dark Knight to be too morally convoluted, Christopher Nolan takes the time to tell you all of the themes of the movie directly: 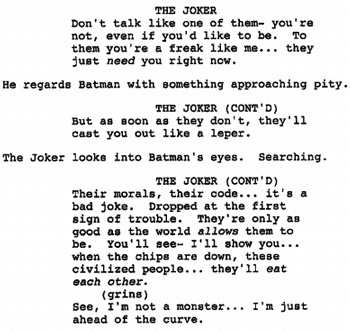 Joker alludes to being cast out like a leper (possibly by the so-called distinguished gentleman), just like Bruce will be, says that he and Batman are both “freaks,” and that they are not like “civilized people” who live by a code. Funny thing is that Bruce Wayne almost did break this particular code in the first movie. It wasn’t until later that a Dawson’s Creek cast member reminded him about his father’s morals.

In that very small bit of dialogue, the Joker is basically telling Batman, “Your father is a liar and a hypocrite.” And while it’s mostly just metaphors being chucked at the audience’s heads, it also showcases the disgust that Joker has for a very particular type of person.

Another underlying theme in The Dark Knight is family. Harvey Dent literally calls Rachel “his family.” So when Harvey becomes Two-Face, he goes after Commissioner Gordon’s family. The cops who betray Gordon? They were trying to protect their families. The only two characters who are “abandoned” and without family? Batman and Joker.

The Joker’s extravagant stories for his facial scars lose all bravado if you take into account that they may actually be from a birth defect. Being mentally (and physically) defective would actually explain why he would be “abandoned” by his own father. Like a leper.

Despite all his seemingly mindless violence, the Joker doesn’t want to kill Batman. He’s trying to protect him, because he sees them both as being loners. He says this multiple times. Maybe, just maybe … they could be family. And then the very last scene of the film is Batman being chased off. Like a leper.

One of Joker’s men in the film is a schizophrenic from Arkham Asylum. He must have broken out in the previous movie, Batman Begins. Where could they have possibly met? Maybe at some kind of Young Anti-Batman Professionals mixer? Or maybe Joker was in Arkham in Batman Begins. What most people don’t seem to notice is that Batman Begins is actually the Joker’s origin story, too. The Waynes’ deaths led to the crumbling of Gotham, the rise of a hero, the freaking breakout of Arkham Asylum, and further escalation. And the last scene is Gordon finding the Joker’s playing card. He was in this shit the whole time, probably practicing monologues about scars.

In Dark Knight, when the cops run Joker’s DNA, they can’t find a criminal record. Something is fishy. Arkham is for the criminally insane, right? So they’d have his DNA if he were ever arrested, that’s for sure. Well, not if the Joker was locked in Arkham as a minor and kept there until the breakout. If he was abandoned by his father at Arkham, it must have been at a very young age.

What if he wasn’t abandoned, but actually being cared for by his father, who just so happened to be a famous Gotham doctor? Then the father gets killed in a random act of violence, thus seemingly disappearing from his life. He’s all alone, until someone sets all the prisoners of Arkham free.

The Comics Have Been Preparing Us For Years

Joker’s identity has been a mystery for years, and it’s every comic book writer’s wet dream to be able to make the Joker’s origin story an even more incomprehensible mess. In the comics, we recently have learned that there are actually three Jokers, because we exist in a world that loves to frustrate us relentlessly.

What I’m going to provide to you today is the identity of one of them.

In 2008, we are introduced to a psycho named Simon Hurt, who led a criminal organization of rich people called the Black Glove. They knew of Batman’s secret identity and were able to rope Joker into a battle with him. Hurt then declares himself to actually be Thomas Wayne. Because if you have multiple plots to ruin Batman, you don’t just line them up; you do them all at once and desperately hope they complement each other. Batman determines that Hurt’s actually a long-distant relative who expanded his life using occult rituals. 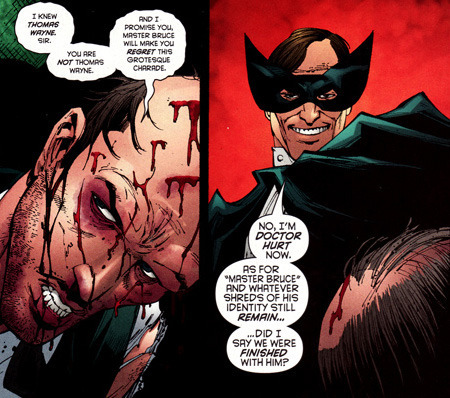 “And stop pronouncing it ‘cha-rod,’ asshole.”

Joker declares Hurt “ineffective” as Batman’s new archnemesis and buries him alive. When in Gotham, I guess. 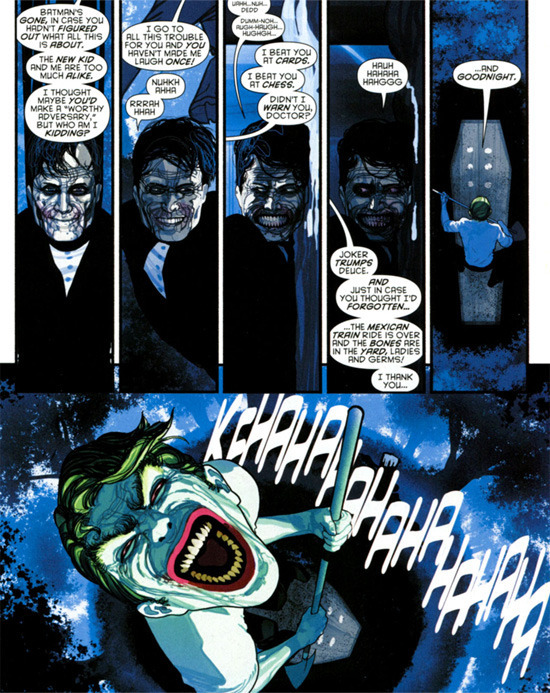 There is absolutely zero chance he didn’t drop a deuce in that coffin before tossing him in.

In 2011, another organization of rich people that has been controlling Gotham through architecture and murder emerges. This “Court of Owls” goes after Bruce Wayne, and Batman as well, and sends Talon (their assassin) to kill him. Talon reveals himself to be Thomas Wayne, Jr., Bruce’s long-lost brother. Poor Bruce. If only he could attend a family reunion that didn’t include someone trying to stab him. 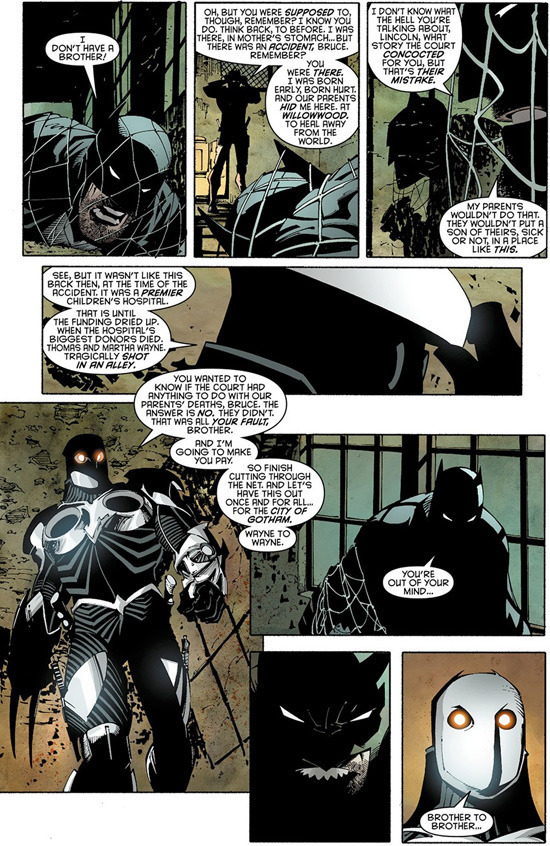 That’s two groups of villains led by rich people of influence with full knowledge of Bruce Wayne’s secret identity as Batman. Both are named after nursery rhymes. And both of them attempt to replace a missing figure in the Wayne family (Thomas and Thomas Jr.). There are other schemes to pick from, Gotham villains. Admittedly, “Act Like A Long-Lost Wayne Family Member And Bamboozle Bruce” is a classic, but still. Make an umbrella that turns into a gun every once in a while, for fuck’s sake.

Batman never believed Simon Hurt was his father. Nor did he believe Talon to be his long-lost brother. Batman is supposed to be the world’s greatest detective. He’ll eventually figure all this shit out. So why is everyone trying to fuck with him?

Someone is trying to make him second-guess everything he knows about himself and his family. This whole “Is this a Wayne?” charade (Shut up, Alfred) is only done to make him question the possibilities.

There has to be a singular figure with significant influence at play. Someone obviously of wealth who fits well into these groups. Someone who seems to know of specific nursery rhymes which Bruce would be fairly familiar with (one of which is incredibly rare — the one about owls is fictional). Someone intimately familiar with the Wayne family. 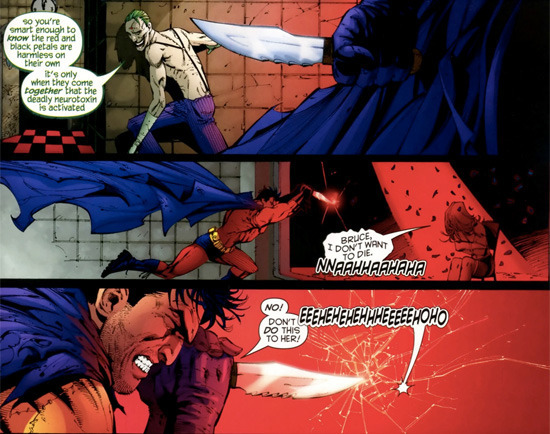 The Joker was there when Bruce’s was maskless and had his name was spoken out loud during the showdown concocted by the Black Glove. He never flinched, nor reacted to this bit of information.

The Black Glove thought they were in control. The Joker clearly had his own agenda. The Joker never appears in the Court of Owls story (though he might have — there were a lot of masked men, and every court has a jester), but he encounters Batman before and directly after that ordeal, finally revealing that he knew Batman was Bruce Wayne all along.

Oh yeah, he even mentions knowledge of the whole event: 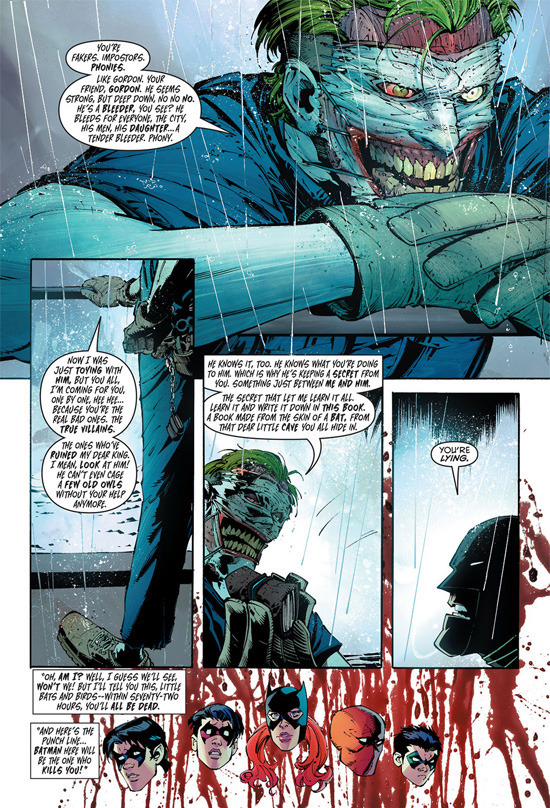 So that leaves both stories tying directly to the Joker.

Talon, who claimed to be “Thomas Wayne, Jr.,” was not the real Thomas — Batman denied the plausibility of it all. And he’s right, since this impostor was obviously planted by the real Thomas Jr. so that Batman could look into his existence.

Note: This story isn’t the first mention of the possibility of a Thomas Jr. It’s an idea has been consistently brought up in the main comics throughout the various reboots … 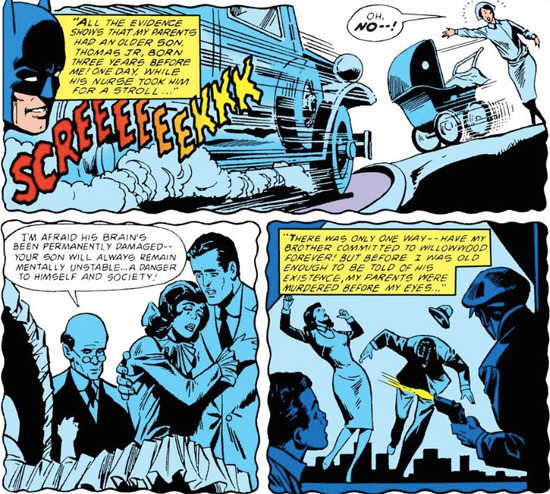 The real Thomas Jr. could have been adopted (by either the Black Glove or the Court of Owls) after the Waynes’ death, simply so that they could take control (at least partially) of the Wayne fortune. Think about it. All you have to do is adopt some kid, and you’re filthy rich. It was probably the owner of the Willowwood Hospital who had access to the kid, and probably already had sufficient pull on the documents and was capable of their forgeries (They forged the Waynes’ documentation during the Black Glove saga, so there is proof that none of this is completely implausible).

It also explains why Willowwood eventually went to shit. It’s hard to get all that sweet, sweet inheritance money when Bruce Wayne is still alive and kicking. Still, their position of knowledge would place them into Gotham’s elite, which allows them to fit into either the Black Glove or the Court of Owls, or both.

This means that the real Thomas Jr. would be a member of those groups as well, simply by being adopted into it. And this is how he would have been capable of manipulating both groups into doing his bidding. And remember, Thomas Jr. is supposed to be fucking nuts and completely unstable. Who else has been completely unstable and is a danger to himself and society? Well, 90 percent of Gotham’s denizens, actually … but only one psycho is clearly tied to both schemes. 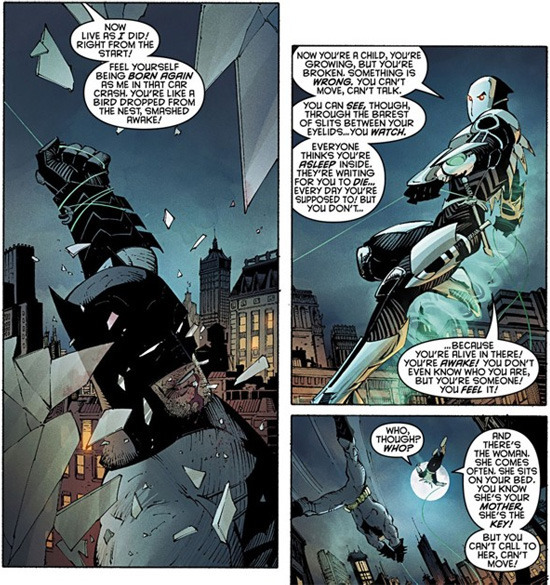 These particular panels hint at what the real Thomas Jr. went through. He was more or less paralyzed, and he was visited by his mother, Martha Wayne. He could hear and feel her around, but as far as she was concerned, he was a shell of a human. A shell that had nothing left to do but get more bitter about the shitty hand that he’d been dealt. This one psycho is a man with a grudge which has motivated him since his first appearance in Batman #1.