The Walking Dead without Rick? It’s surely time to kill off the whole show

Andrew Lincolns departure is the clearest sign yet that the zombie drama has lost its bite. Its creators should begin planning for the end 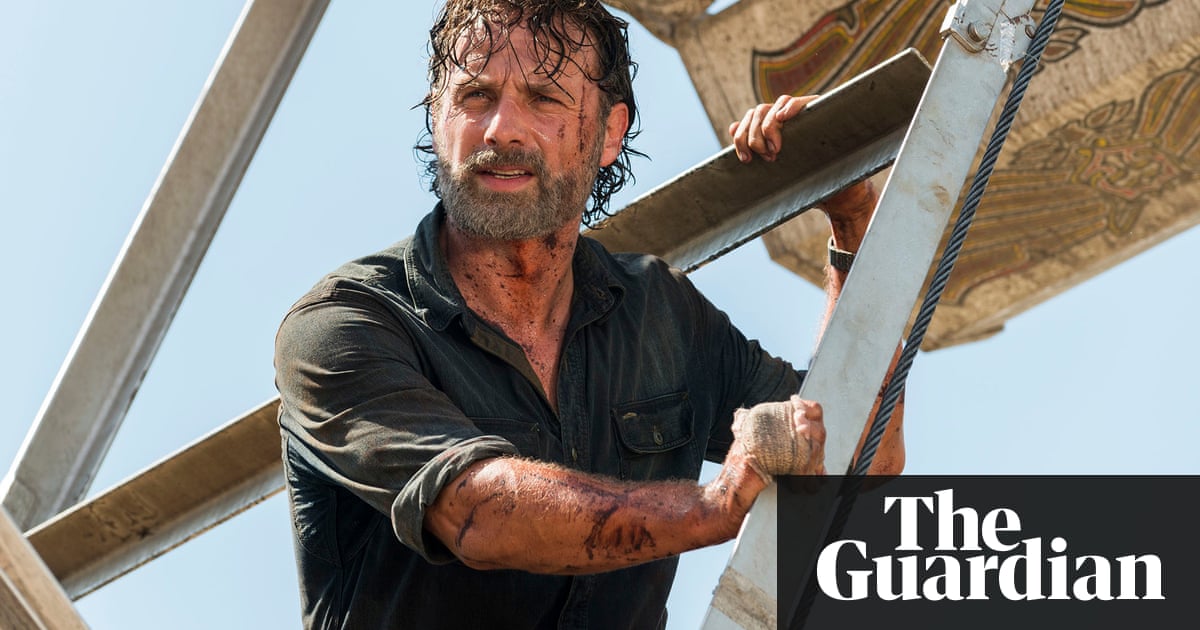 When Walking Dead showrunner Scott M Gimple stated that season nine of AMCs zombie hit would be very much a new show, he wasnt joking. First came the announcement of his departure as series head, replaced by one of the shows writers, Angela Kang. Then news broke of series stalwart Lauren Cohans exit, after lengthy contract negotiations allegedly failed to see her salary brought into line with those of her male co-leads, Andrew Lincoln (Rick) and Norman Reedus (Daryl). (Cohans Maggie will now appear in only six episodes of season nines 16, before she presumably comes to some grisly end.) And now the show looks set to weather its biggest storm yet, as Lincoln himself very much the stubbly face of the franchise since its inception in 2010 also announces his departure.

Like Cohan, Lincoln will be phased out over the coming season. If the show sticks to its tried-and-tested (see: predictable) formula, this almost certainly means Rick will kick the bucket in the mid-season finale. Whats less certain, and more worrying to the millions of devoted fans still tuning in after eight seasons of endless woe, is what direction the show will take once Rick is out of the picture.

The immediate outcome is that Norman Reeduss Daryl Dixon will almost certainly step into Ricks still-warm cowboy boots as the shows primary focus, a theory backed up by reports that the actor is in negotiations for a $20m pay packet. Reedus who, along with Lincoln and Melissa McBride (Carol), is one of the few actors remaining from season one has been a fan favourite for as long as the show has been on air. With him front-and-centre, fans will keep watching. For now. Yet, though hoisting Daryl up to pole position in the credits undoubtedly makes sense from a business perspective, its also deceptively handy in terms of narrative, potentially allowing writers to sidestep one of the more awkward repercussions of Lincolns retirement.

The Walking Dead has always enjoyed an open relationship with its comic-book source material, mirroring plots faithfully right up until the point that it decides it doesnt want to. The show isnt afraid to deviate hugely from the comics to suit its purposes one of the best examples is Carls death in season eight, which wasnt in the comics at all. Rick, too, is still alive and well (well, alive at least) in the comics, so Lincolns departure will represent the biggest branching-off from Kirkmans original storylines to date. Yet, because the character of Daryl isnt even in the comics (he was created solely for Norman Reedus and the TV show), and Rick doesnt have any family ties left besides baby Judith, subbing Daryl into Ricks comic-book storylines will solve the writers two problems at once: they can continue to mine the comics for Ricks narratives without having to come up with more ad-hoc storylines for Daryl. Win-win.