Stephen Colbert on FBI’s Kavanaugh inquiry: ‘The report is lacking in report’ 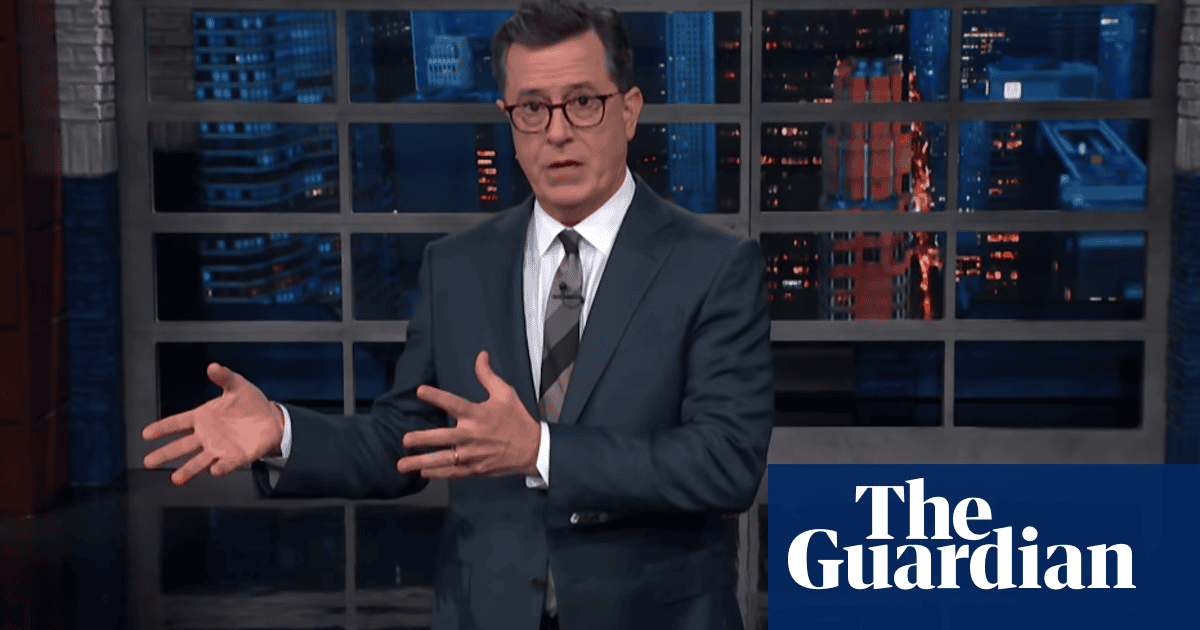 The White House released a positive statement at 2.30am, a time typically when you release your drunkest tweets.

The report is being kept under lock and key, only able to be seen by a select few. I would say theyre treating this report like the nuclear launch codes but then I remember, they have given the launch codes to an idiot, he joked.

Many of the potential interviewees werent contacted by the FBI, leading many to question the reports worth. Democrats would say the report is lacking in report, he said.

Included in the group of people not interviewed is Kavanaugh himself and his accuser Dr Christine Blasey Ford. Thats like investigating an arson and saying were not really looking into the fire part, he said.

On The Daily Show, Trevor Noah also brought up his concerns over the report. I dont know if we can call a five-day investigation sufficient, he said. Although I get why the White House thinks it is. Theyve never spend five consecutive days on anything.

He joked that it lasted half a Scaramucci.

Noah then spoke about the unimportance of its quality. It doesnt matter that this investigation was thorough, he said. What matters is that it gives these moderate Republicans the cover they need to vote yes.

He continued: Basically Mitch McConnell conducted this process the same way a parent checks under their kids bed for monsters.

Ultimately, he doesnt think that anything can stop Kavanaugh now. Im an optimist but it doesnt seem like theres much anybody can do besides wait and see, he said. We might as well go out and get drunk like Brett Kavanaugh and try to forget that this ever happened like Brett Kavanaugh.

On Late Night with Seth Meyers, the host replayed clips from the past week, including Trumps assertion that he would be a bad drunk. You already scream and yell and slur your words like a stumbling drunk, he joked.

He moved on to the FBI investigation which he also found concerning. They really went over this thing with a no-toothed comb, he said.

He also detailed how many shortcuts the FBI reportedly took in its reporting. You guys are like treasure hunters who decided to call it quits before you flipped over the map, he said.